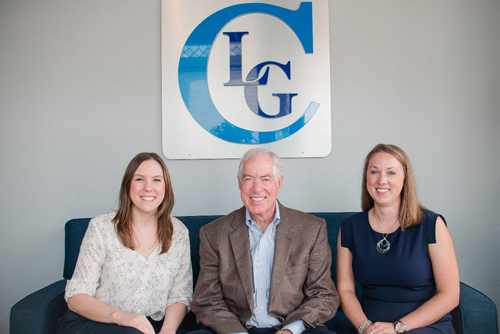 Jim Crawford
has practiced in this region of West Virginia for more than 45 years, spending most of his time in real estate law. He also served his fellow citizens as the Commander of West Virginia Air National Guard (Brigadier General, Retired 2005).

Before joining the firm, Kate Ridgeway received her undergraduate degree from West Virginia University, graduating magna cum laude with a major in political science and a minor in philosophy. In May 2014, she graduated in the top third of her class from the West Virginia University College of Law. While in law school, Kate was a research assistant for an international and human rights law professor and earned three CALI awards, in recognition of the highest grade in each course. Kate was also a member of the Land Use and Sustainable Development Clinic, and as student clinician, was able to gain valuable land-use planning experience. In addition to her experience as a student clinician and research assistant, Kate has focused primarily on real estate law, spending the summer of her 1L and 2L years interning at local real estate law firms. Kate currently resides in Kearnysville, West Virginia. She is the resident attorney in the Martinsburg office.

Addie Crawford graduated from Virginia Tech in 2011 with a BS in Political Science. She worked for the law firm of Crawford & Keller for a period of two years thereafter before entering law school at the University of Baltimore School of Law in the fall of 2013. During Addie’s two years working for Crawford & Keller, she gained extensive knowledge as a processor in the intricacies of putting a real estate closing together. She graduated in May, 2016 in the top quarter of her class from the University of Baltimore School of Law, Cum Laude, with an emphasis in real estate law. While in law school, Addie was a research assistant for her family law professor and participated in the Community Development Clinic which involved business law for clients who came to the law school seeking legal assistance. Addie currently resides in Charles Town, West Virginia. She is the resident attorney in the Charles Town office.

The responsible attorney is James B. Crawford III